Derrick Jaxn was outed for being a fraud.

A well-known social media relationship expert has been exposed for being a hypocritical f***boy.

Instagram-famous relationship “guru” Derrick Jaxn was outed by a woman named Candice De Medeiros for being a philandering lying a** liar, according to the latest video from vlogger Tasha K.

Candance Owens Showed Her Ignorant A** AGAIN, ‘There Was No Abortion Happening When We Had Slaves’

MERCY! Philip Michael Thomas’ Son Is a Zaddy Just Like His Daddy

The more than 45-minute video detailed Jaxn’s affair with the Orlando-based woman, who alleged she’d known the man for ten years.

Tasha K. played the audio of the interview with Candice for viewers.

The candid interview dished all the sordid details of   Candice’s trysts with Jaxn, including a rendezvous in Miami– where he balled out on the unsuspecting woman. And the two doing the horizontal mambo in the bed, the audacious adulterer, shared with his wife of four years in Atlanta.

While Jaxn was playing house with the Floridian, his wife and children were in Colorado with her parents, Candice disclosed on the video. The woman maintained that the chocolate pimp told her he was separated, and she believed him because she saw moving boxes inside his house. 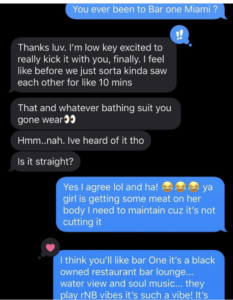 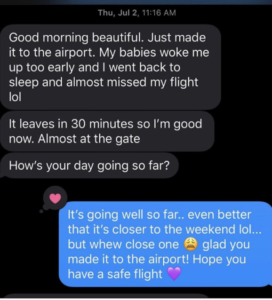 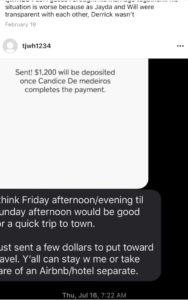 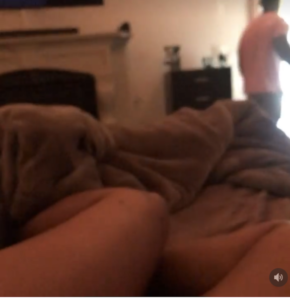 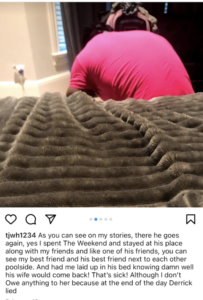 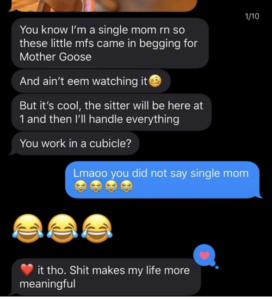 After Jaxn ghosted and blocked Candice on social media, he posted a photo of him and his wife.  For years, the man used “privacy” as an excuse not to publicly share his spouse’s images.

The dialogue ended with an inappropriate video of Jaxn asking the sidechick what color underwear she was wearing– and he wanted all the tea about type and brand.

Tasha K. explained in the video that this encounter wasn’t Jaxn’s first time stepping out on his wife and that it was time the f***boy extraordinaire was aired out for being a fraud.

“It’s GOD, Jesus, me and the side chicks,” she said as the video wrapped up.

The hilarious vlogger posted the receipts of the ashy man’s trifling behavior on her Patreon.

And in God’s way means– sliding with the next chick.

He has made millions slinging his “inspirational” books on marriage, healing relationships and self-love. Jaxn’s social media accounts combined boast millions of followers looking to win at love– the Jaxn way.

He has not responded to the allegations.

Keyshia Cole To Semi-Retire From Music

Candance Owens Showed Her Ignorant A** AGAIN, ‘There Was No Abortion Happening When We Had Slaves’

MERCY! Philip Michael Thomas’ Son Is a Zaddy Just Like His Daddy